Sakura. It has been almost a month since the last hike and I was very happy to continue.

I was planing today’s trail very carefully, so that we would be able to see amazing cherry blossoms. I decided to go to Daimonjiyama, a very famous mountain in Kyoto. Due to the fact that the hike will take place in Kyoto during Sakura high season I 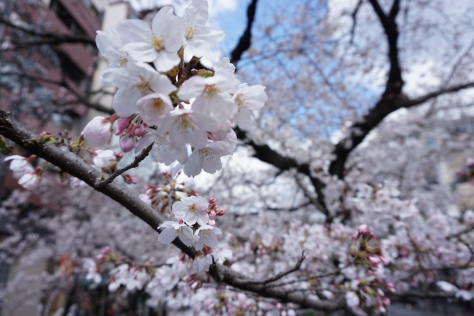 expected a lot of attendees and indeed there were 20 people joining on Couchsurfing. At the meeting point at Osaka station only a few already well known locals were appearing. We took the train to Kawaramachi and unfortunately we jumped into the Semi-Express instead of the Express. Semi-Express doesn’t deserve the term Express, it stopped at every station and we realised it half late. So had a big delay and at the station in Kyoto it was chaotic. People didn’t managed to find each other. When I got out of the station, I was shocked about the crowd of people. It took more than half an hour to gather and get started.

Starting and getting our way through the crowd was super slowly and stressful. Some guys were joining on the trail, so in the end we were around 18 people. Luckily the worst was over quickly and soon we walked along a beautiful river. There were many people, but it was still enjoyable. We could enjoy the ancient image of Japan. Even though it was

very hard to keep the group going and impossible to keep them together. I was extremely stressed by it. I mean even though the trail was perfect to enjoy Sakura, it wasn’t made to go for it with such a big group and this was rather a tourist walk than a hike. A few group members were very quick and when I headed only few meters to stop them, the group behind me just disappeared. We waited for a while, but they didn’t came. What happened? I went back to look for them, but nothing. I send many messages and tried to call them. Nothing. How can 10 people disappear within minutes? We waited more than half an hour, when Sayaka told me they found a

local which guided them to the top of the mountain. Well, I was really upset in that moment. Not because they were using another way, but about that anybody of them got the idea to think about the other and send a quick message. My understanding of being a 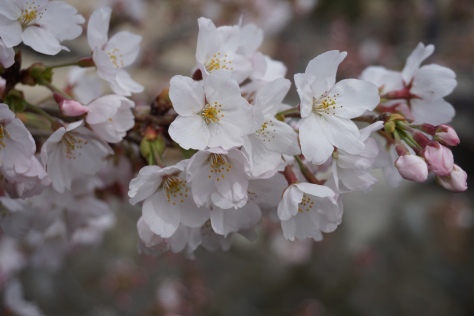 group is different and means thinking in a group pattern. Today I was really struggling to hold the group together so nobody is left behind. I took it personally when they just disappeared and didn’t care about the others. I was very disappointed and couldn’t hide. The seven of us continued on the given trail. We climbed up the mountain and had a nice break on the trail. A few hundred meters before summit we had an amazing view of Kyoto. It was absolutely unexpected and

made all of us speechless. In that moment it started hailing and only moments later the sun broke through the dark clouds shine on some parts of the city. The  rain made the city shining back and the air was super clear. The nature of the mountain was comparable to that ones around Seoul and it was as steep as it felt like we could fall into city any moment. It felt like if we open our arms, we would fly through the cold clear air above the city. All of us were super excited. When we continued climbing, the sun was warming up and drying our wet jackets. The trail to summit 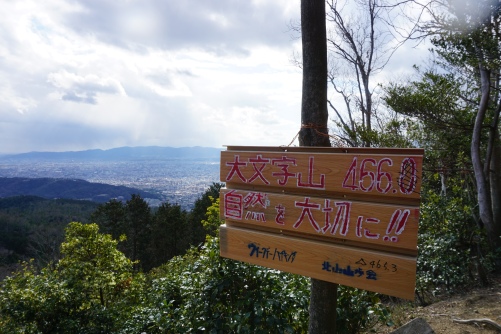 guided us through a forest and there was something I miss most: Silence. I didn’t expected it there and it created a mystical atmosphere. At summit we met the other part of the splitter group. We made a break and when the sun was slightly beginning to set we headed down to station. The trail guided us through the forest and I could feel how my level of stress lowered while being into nature. It is like breathing. The trail was small, so we lined up and were much faster than during the day before. We missed are junction and I was sure the trail which was on the map didn’t exist. Sometimes this

happens. The detour was supposed to be very long and on the trail were typhoon damages. I was hoping that we wouldn’t end up on a blocked trail in the end like at Ponponsan. At a junction we took a trail which was not in my open street map based map, but interestingly the navigation function realised that there was a trail. Due to this shortcut we saved around two kilometres and ended up at a temple. The walk back to the station was very nice, we walked through a residential area, but this area was my imagination of “the ordinary life in Japan”. The sunset dipped the scenery in a very warm golden light. At the train station we went to a 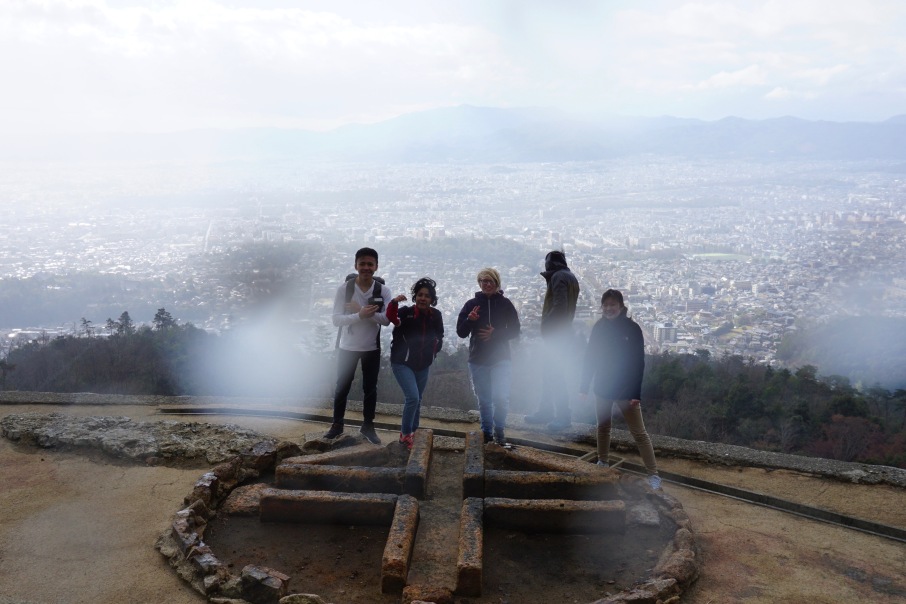 Ramen shop and had dinner together. On the way back we lost a couple of people and they missed the trail which was not on the map. The detour was not only longer, it also pointed out typhoon damages, so these people arrived almost in darkness at the train station. Even though it was a very nice hike (honestly the trail was better than expected), many things went into a way I was not happy with. In future hikes I have to improve and have to manage to prevent from splitting, because it is not cool to be left behind or to leave someones behind. But definitely I need help. I cannot do it alone. Let’s grow even more together and start taking a little bit more responsibility for each other, so everybody can rely on each other.