In Japan, it is a tradition to climb a mountain on the first day of New Year, so I chose Mt. Rokko for this year’s first hike. Mt. Rokko is close to Kobe and only a 15 min ride from Osaka station. This time I was a little bit worried, because we had to climb around 900 m elevation and should arrive at Arima Onsen before onset of darkness. Over the week there were just two more participants, so I felt a bit released. It would be much easier to handle a small group. When I arrived at the meeting point Lee and two girls, Kaz and Sayaka, were already there. Also 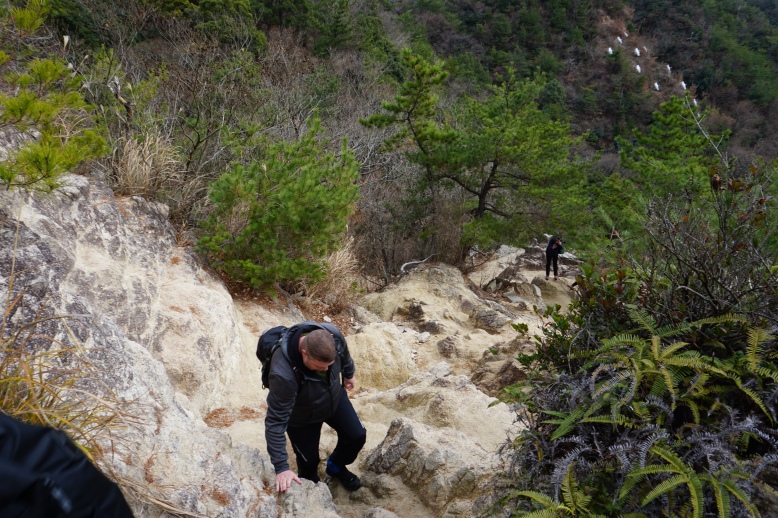 Masato appeared just minutes later and I was happy to see him again. This time, we managed to get to the platform very relaxed in time. This time also everybody had an IC card (a prepaid card, which you can just scan at the entrance machine), which was way more efficient. At the platform we met Poyo and took the train towards Ashiya. After we passed a residential area we had to climb a small path with bulky rocks. It was more climbing than hiking and I was totally surprised about this exciting trail. We saw a wild boar and could get pretty close. The 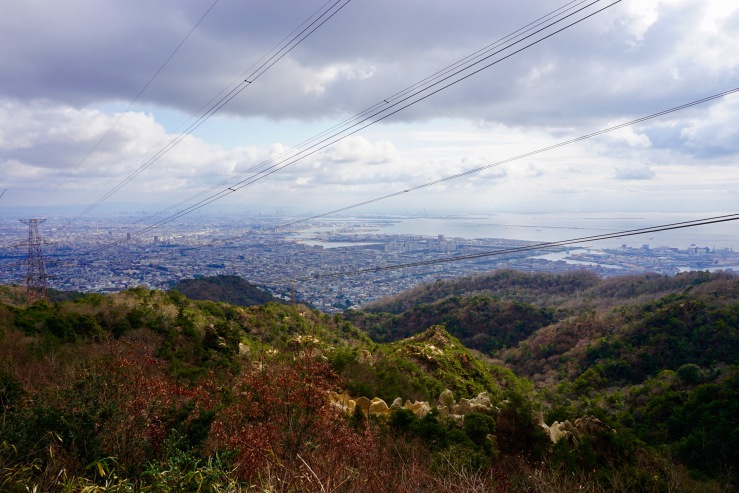 young wild boar was very relaxed and it was the first time I saw one in wilderness. This year is Japanese’s year of the wild boar. What a coincidence! Looks like a lucky start into the new year. We quickly gained some altitude and enjoyed an amazing view of 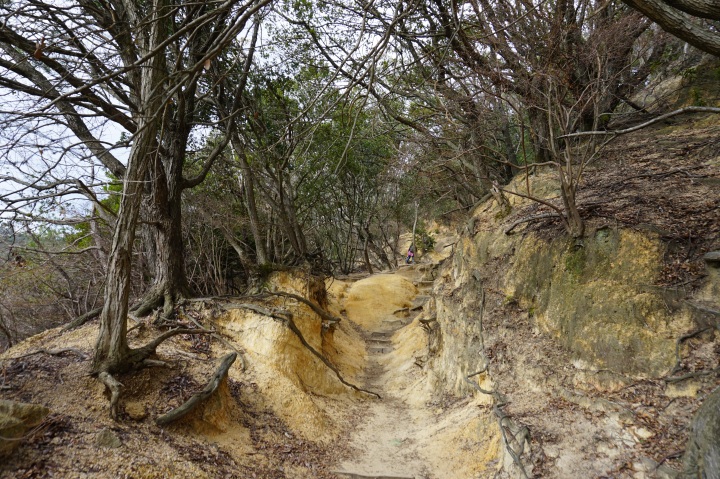 Kobe and the suburbs of Osaka. It was challenging, but also beautiful. I only hiked in my fleece jacket and the sun lighted the view over the city. With time the trail changed and the bulky rocks changed into a path through the woods with a lot of stairs made of roots. On both sites it was extremely steep and I wondered today a lot of times about that this kind of “unsafe and adventurous” trail exists in Japan. The last 3 km before summit were quite challenging. It began to snow 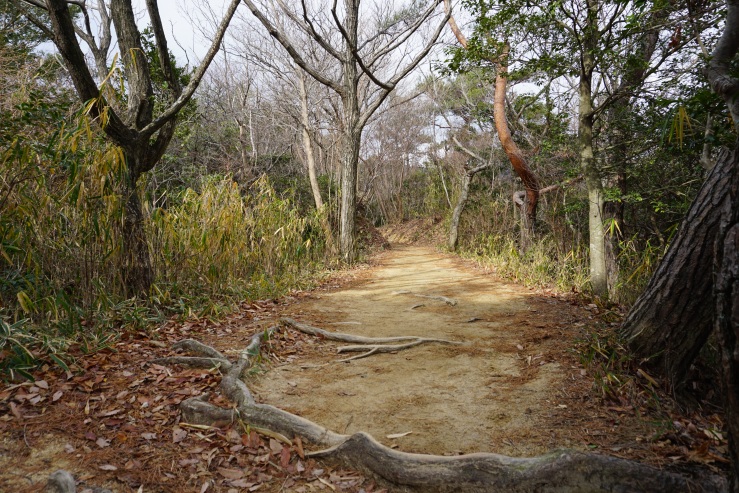 silently and the temperature dropped down. We were exhausted, all the way we didn’t had any break, because we all knew we shouldn’t arrive the summit that late and it was also just too cold for an 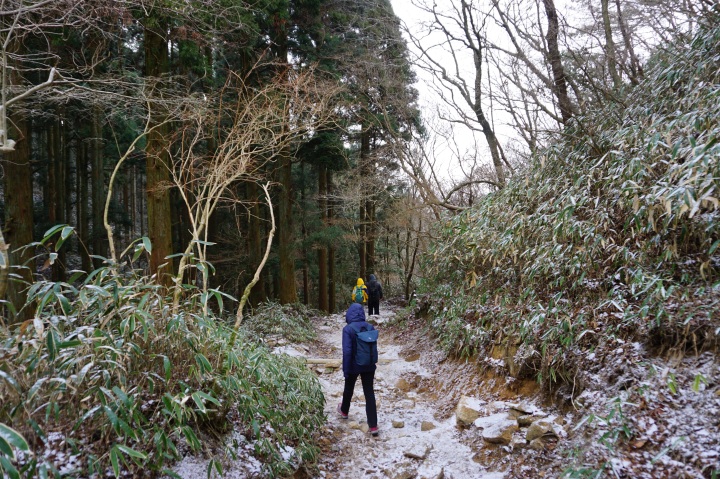 enjoyable break. I also suggest that everybody was very motivated to arrive the summit to enjoy there a well deserved break. Only a few meters before summit there was a restaurant which seemed a good place for a break. I awaited hot Ramen or something like this and a warm place to get some rest. Unfortunately it was more like a closed shelter and the restaurant was rather a half empty kiosk without any dishes. It was also strictly forbidden to bring any 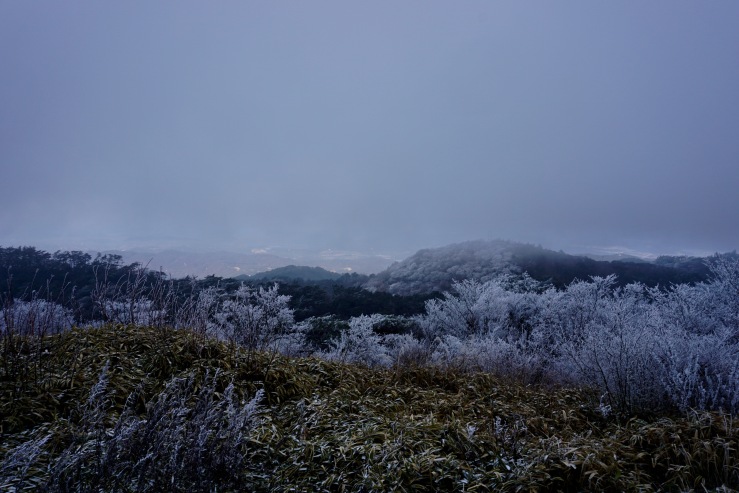 own food inside. It was not even allowed to bring a drink from the vending machine outside. I was shocked, this is untypical for Japan, not even in Germany it wouldn’t be that strict. It was freezing cold since we left the protective wood and 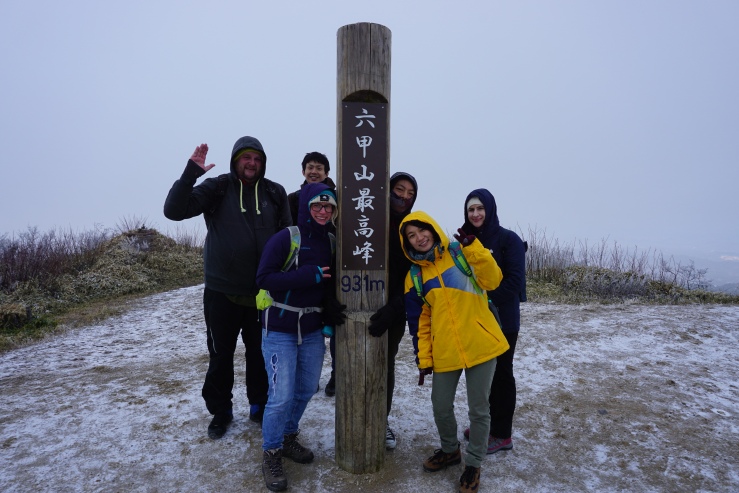 we hadn’t any time for decisions, so we justcontinued and hiked to the summit. It was just approximately 20 m of elevation more to summit, but the weather condition changed a lot. The street was completely frozen and slippery. The wind was icy and painful. My hands were frozen and started to get dumb. I have never experienced such a difference 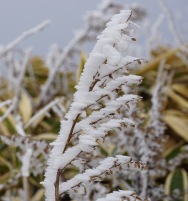 within such a short distance. At the summit it was just amazing and we were happy we finally made it. Even though it was foggy, the view was just amazing. We had only a very short time to enjoy, because the cold forced us to climb down as quickly as possible. It was definitely too cold to take a break there or in the open shelter a few meters below summit. After climbing down an altitude of around 40 m it changed again. It was still cold, but not harsh and painful anymore. I took out my bento box and ate my self-made sushi while walking. The rest of the 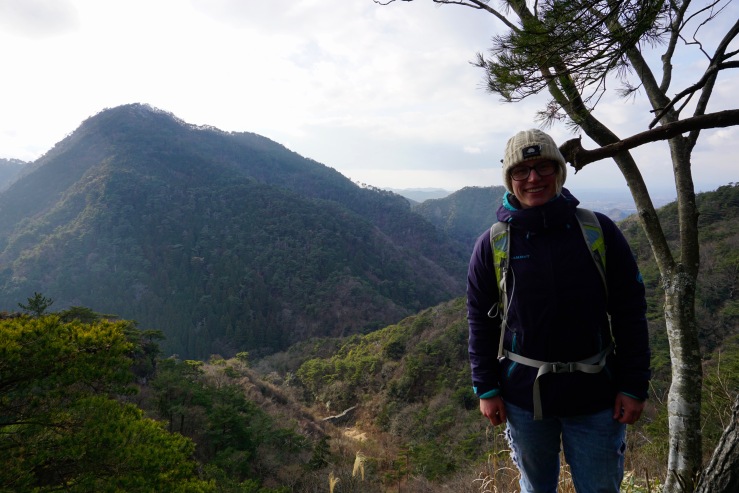 trail guided us through a forest to a Shrine in Arima Onsen and we enjoyed the rest of the hike while chatting and laughing a lot. From the Shrine we had a nice view of Arima Onsen, which was a little bit disappointing. One hotel complex followed by the next one. In the style of the seventies 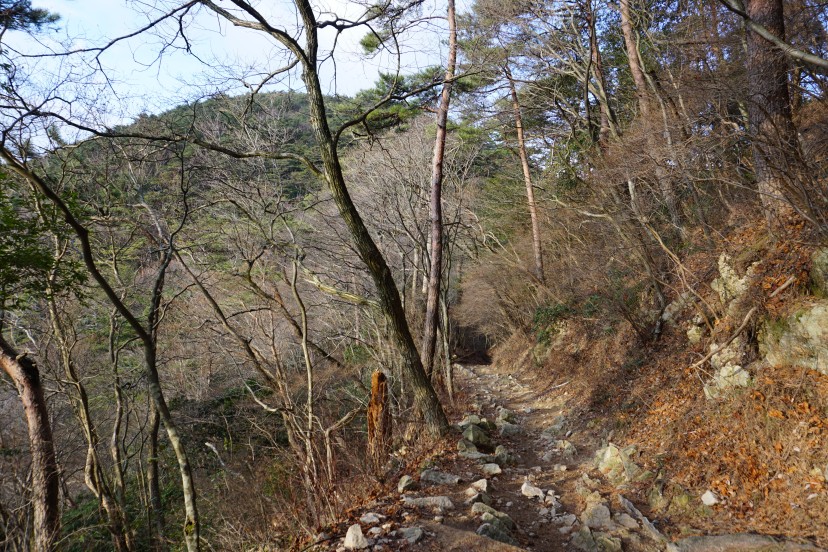 We walked down into the city centre and I was very surprised again. The city centre was quite lovely and I was totally happy and excited that the trail ended up in such a nice place. This small city was exactly how I imagined a Japanese mountain village with all its charm. For sure there were a lot of Japanese tourists, but it was not crowded. They fitted perfectly into the city’s charm. The third surprise was a foot bath (Ashiyu) and I could have shout 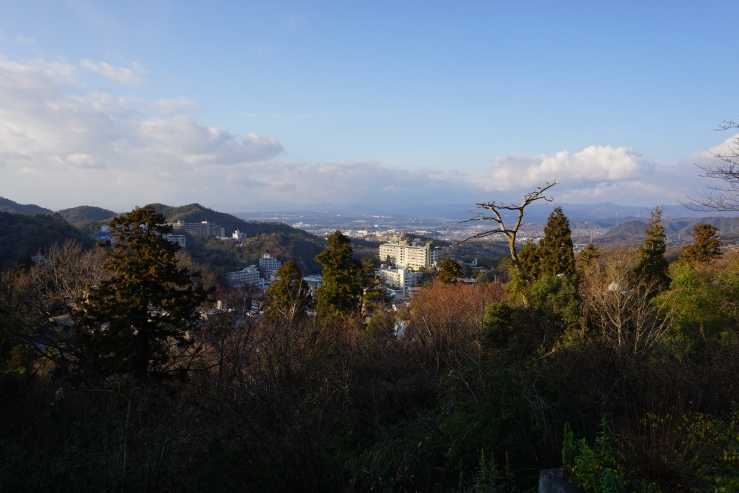 out loudly for happiness. I immediately took out my shoes and put my feet into the hot golden Onsen water, which came deep out of the ground. This is heaven on earth! After the bath weenjoyed some local specialities while walking to train 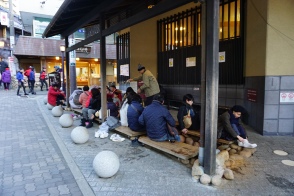 station. The ride back to Osaka took us one and a half hour via Kobe, we were tired and happy as well. I was really glad that time management worked out so well this time. 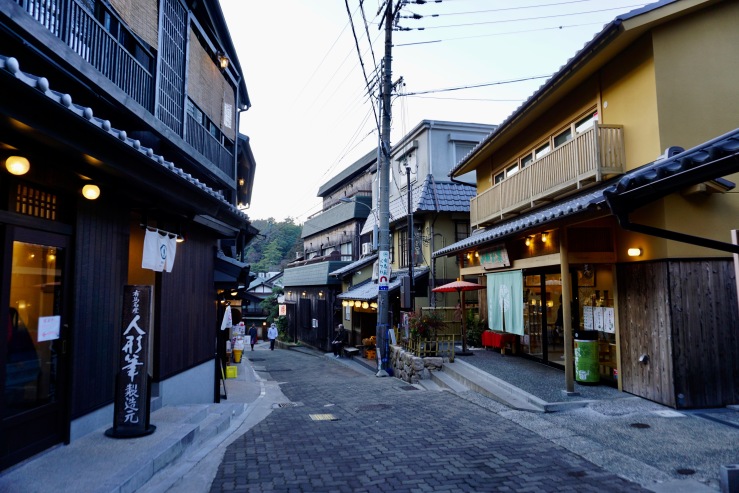 By the way I found the trail on an app called “AllTrails”. Unfortunately you have to sign up for an abo for downloading the trail’s file, which is very costly and in my opinion not worth the money for the data they offer in general. Get the trail here for free!