Hiking around Osaka. It was out of the question wherever I would settle down, I will

continue Sunday’s hiking events. For my very first hike I chose a trail along abandoned railways along a river, where we had to cross a lot of dark tunnels. It looked very adventurous. The perfect trail. Since I already joined so many hikes around Düsseldorf I was not nervous when I left my place in the morning, but I had no idea what was awaiting me. There were around 10 participants on the Couchsurfing event, but this doesn’t mean anything. To my very big surprise the person I saw at the meeting point was a very familiar face – and voice. Lee. I met him while producing the television show and he was the translator. I was really happy to see

him again. The group which was meeting under the big clock at Osaka station became bigger and bigger and soon we left for taking the train. Unfortunately most of the people had no

IC card and needed to get a ticket first. This procedure was very time consumpting and due to struggling about finding the right platform we missed the train. This was kind of cold start for me. Since I traveled all Japan with my bike I hardly never used trains in Japan before and wasn’t familiar with the system. The very first difference compared to the Düsseldorf hike was that it didn’t matter. We just took a similar one 10 min later. Takedao is located between Osaka and Kyoto, so a group of Kyoto people traveled there 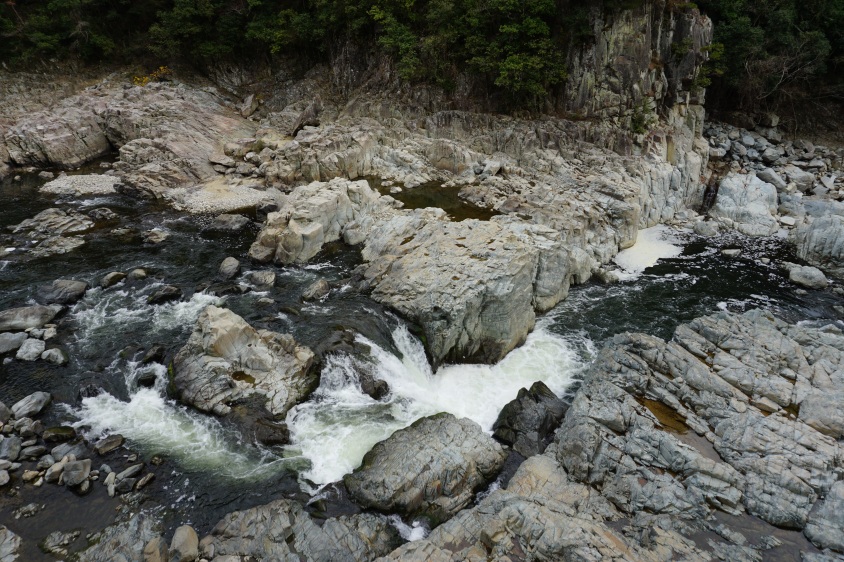 directly and were awaiting us. We were twelve people and I wondered that so many people joined on this very cold day. At the trail’s start it was hard to get the group moving and we were going to get very cold. Sometimes life is creating coincidences and so it was today. On of today’s participants was Adrián, Sam’s former flatmate in Lyon. When we cycled together through the Alps this summer he was used to talk a lot about his life in France and his former flatmate. When we met in Osaka last month he also told me

that he is living in Kyoto right now, but since I didn’t know him this information just dissolved. Interestingly it was Adrián who organised Movie sessions and weekend trips and inspired Sam to start organising hiking events on Couchsurfing as well. He brought this concept to Düsseldorf, where I met him. I finally got inspired by Sam and brought this hiking trips to Osaka. Coincidentally Adrián was living in Japan and very closely, so he joined my very first hiking event and the circle closed. Actually, Adrián wrote me on Couchsurfing few days before that he read my profile was remembered of a former friend while reading my 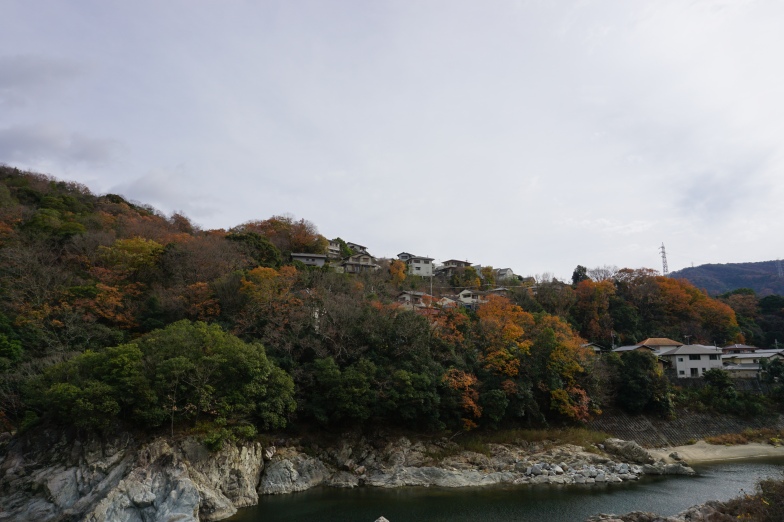 profile. It was interesting to hear all the stories Sam told me during summer vacations from another point of view. I would have never ever expected this situation in summer. I didn’t talk that much to the participants and went mostly behind the group. The trail was extremely enjoyable and indeed in the tunnels it was completely dark. It was an easy hike with great views of the river surrounded by the mountains. It was very crowded with locals and I didn’t expect that. The trail was with 6 km very short and even before lunch break it was 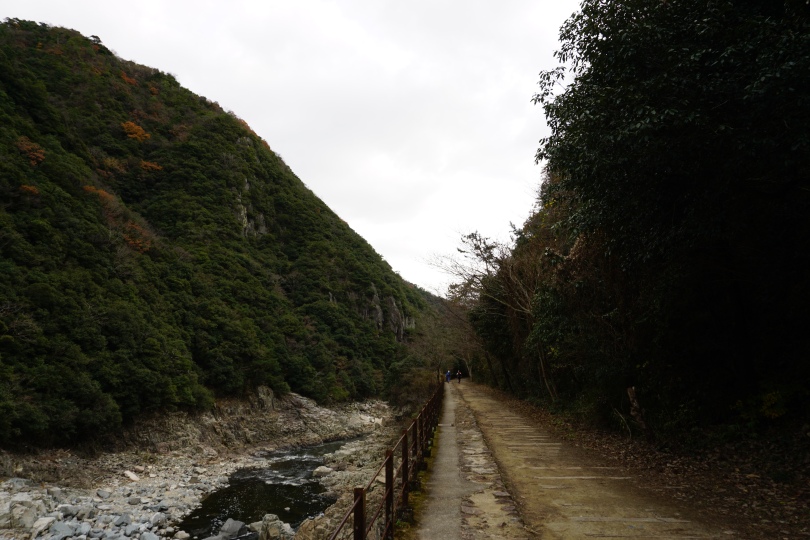 over. We had the choice to walk along the main road a few hundred meters to the next train station or go even further without knowing if the trail is gonna be nice or not. So I did something which would never happed on the Düsseldorf hikes and I always wanted to improve. I led the group decide and they had the nice idea just to walk back the trail. Two of us went to train station while the rest went on the same way back. We made a break at a nice place and ate our bento. Afterwards we went back to station. I was very satisfied with today’s hike in general. But there are many differences. Today we were a mixed bunch of people,

while in Düsseldorf most of the people were my friends and each time I went there I had a feeling of coming home. In the end this was the main motivation to continue every week, since the hikes theirselves were quite boring. This feeling I was missing today, but I’m extremely excited about what future hikes will hold. For sure, the trails are promising amazing. I announced the opportunity to visit German Christmas market in Umeda after the hike. Unfortunately the people weren’t as amazed as me about it. But luckily Lee and Masato (Mat) joined and together we went there. Christmas

season is my favourite season of the year and of course I love Christmas markets as well. It was almost dark, when we entered beneath the shining banner welcoming us in bold German letters. This Christmas market was small, but surprisingly very authentic. They must have important the original German huts and the stuff. I wondered whether they keep them in Japan during the year are shipping them back. I showed them around and told them about all the customs and cultures of German Christmas market and both of them were very interested and had fun exploring the market. Together we tried a cup of Glühwein (hot wine) and enjoyed my favourite 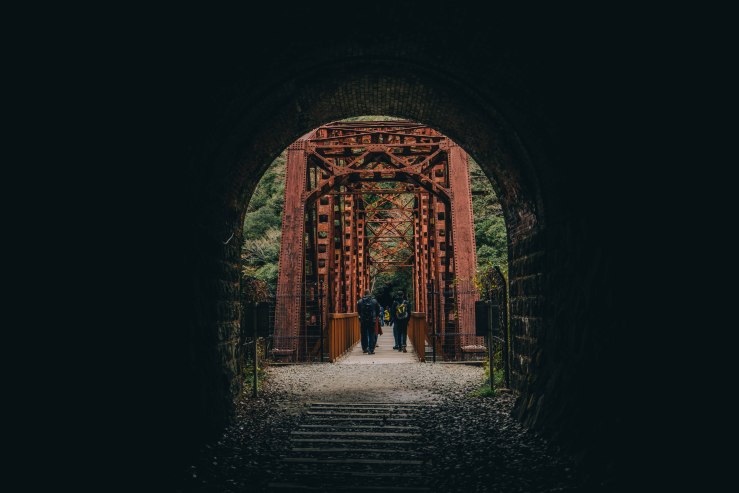 Christmas market dish – crepes with Nutella. I admit I’m addicted to Nutella und biting into this warm crepes with liquid Nutella was heaven! We spent a very nice evening together and I found out something very important. Sharing my own German culture is as much fun as exploring new cultures. And honestly I was happily surprised that their were interested and enjoying that much.