Winter was long and finally it was time to go out for hiking again. While watching all the 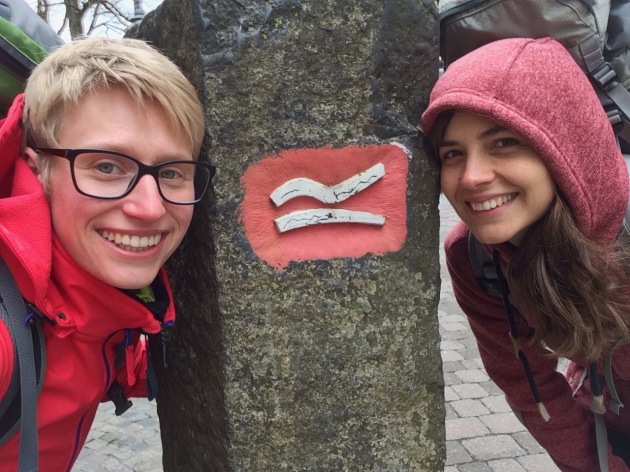 grey clouds behind the grey walls of NC building at Ruhr University Bochum I decided to hike a part of Rothaarsteig during the long Easter weekend. I was happy that my friend Charlotte I met on the Camino francés was going to join me. We met each other at Dortmund Hbf and took the train to Brilon. The pubic transportation is really bad in this area called Sauerland, but getting to Brilon is very simple and we could take a direct train. Brilon is the official beginning of Rothaarsteig, so we took some pictures at the signs at the market place. Soon we entered the forest, which was quiet beautiful. I 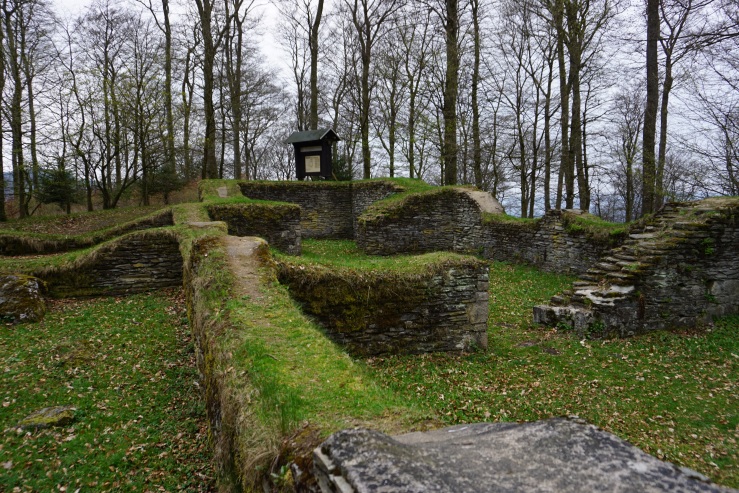 haven’t seen Charlotte since I walked with her on the Camino in 2015, so we had a lot to talk and time felt like flying while we hiked on small paths through the woods. We 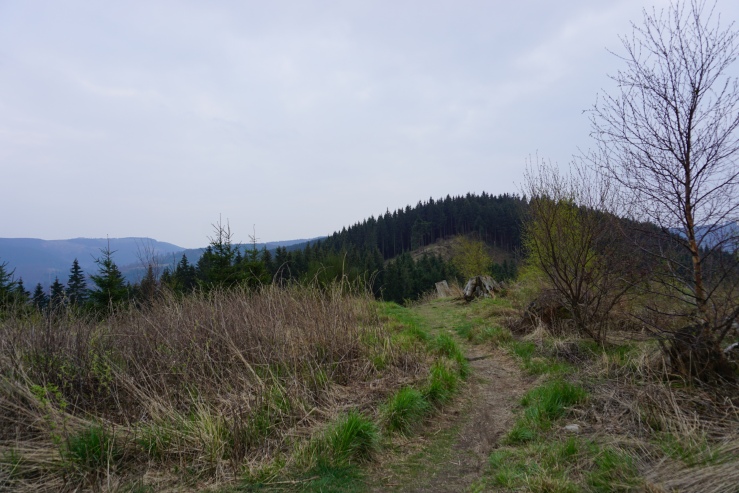 climbed up a hill and had a great view of Bruchhausen with its famous Bruchhausener Steine. Since we started in the afternoon the sun was already setting and it was going to 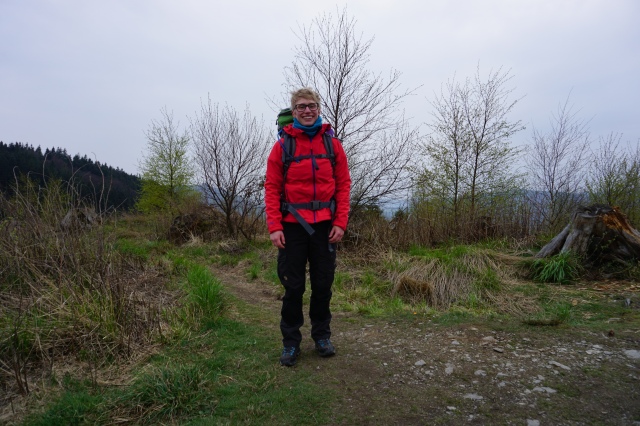 get cold. We made a break on top of the hill and both of us got worried if Charlottes sleeping bag would keep her warm enough during the night. It was colder than expected. On a bench on top of the hill we found a small bag with a lunchbox and a fleece blanket. We decided to take the blanket and write a nice note, that we will just borrow and bring it back. It was almost dark and obviously nobody would come this evening to pick up the bag. A few meters away we found a place beneath conifers trees, totally hidden with very soft ground because of the falling needles. Nobody could see us,

but we could see the path. While wild camping in Sauerland I’m always afraid of getting killed by hunters. It is a hard decision if you should hide, because of strangers who are 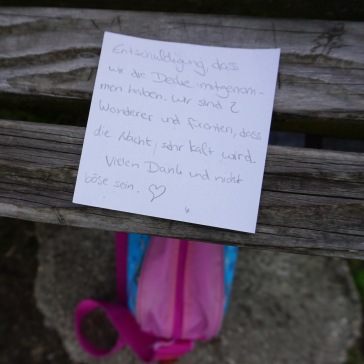 around you or show yourself obviously to avoid getting killed by hunters by mistake. Since it was starting to rain it was the best decision to sleep under the trees also to be protected of the strong blowing wind. The night was ok, I didn’t feel cold, but the place we camped was not horizontal, so I always slipped down my mattress. Leaving the sleeping bag and change into the cold clothes was really hard in the morning. There was no time for breakfast, we had to start walking to get warm. We found a small shelter and stopped there for breakfast, it was dizzy and looked rainy. I usually eat pumpernickel with Nutella when I’m on the trail, but I simply didn’t 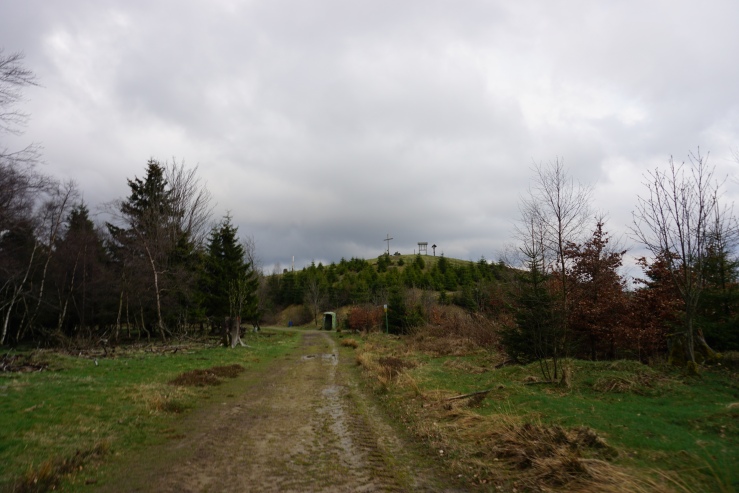 expected that the Nutella will be close to frozen and it was nearly impossible to get it onto the bread. We couldn’t stay there for longer, because it was getting cold again. So 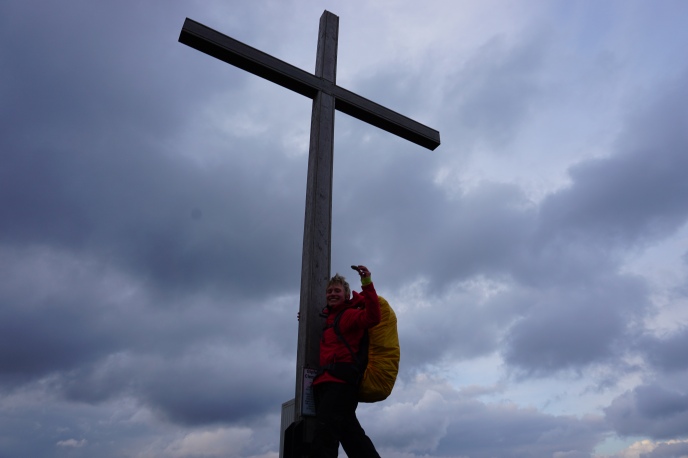 we started in the day. The trail was extremely beautiful, we passed deep woods on small paths and climbed up some hills. On top it was very chilly with a mysterious, but amazing atmosphere. There were no other hikers around. I only go for hiking because of the breaks. It is the best part. It was the first time that I hiked during this temperature conditions and I couldn’t enjoy the breaks. After a few minutes we felt that cold, so we were forced to continue. Unfortunately I also miscalculated the amount of food, it seemed the body needs much more energy than in 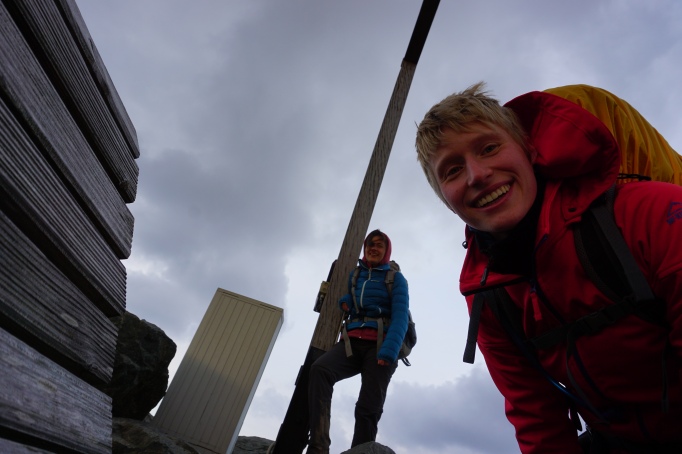 summer. The trail was still beautiful and luckily there was no rain. In the afternoon we were tired of hiking, this trip was not supposed to make much kilometres, but pitch up the tent would mean to stay in it in the sleeping while waiting for the night. There was a serviced shelter and we just decided to enter. It was warm and comfy in it, so we ordered Glühwein (hot wine you usually drink during Christmas time). The alcohol warmed up our bodies even more and I felt extremely relaxed and satisfied in that moment. We spent there many hours, drinking more Glühwein and 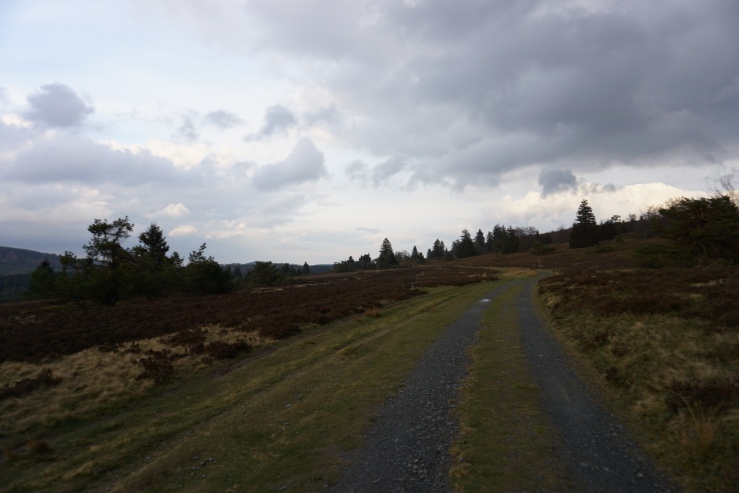 talked to the staff. They told me it is extremely rare that hikers sleep in the woods even during summer time. I couldn’t believe. But she also told me that it would be ok, nobody 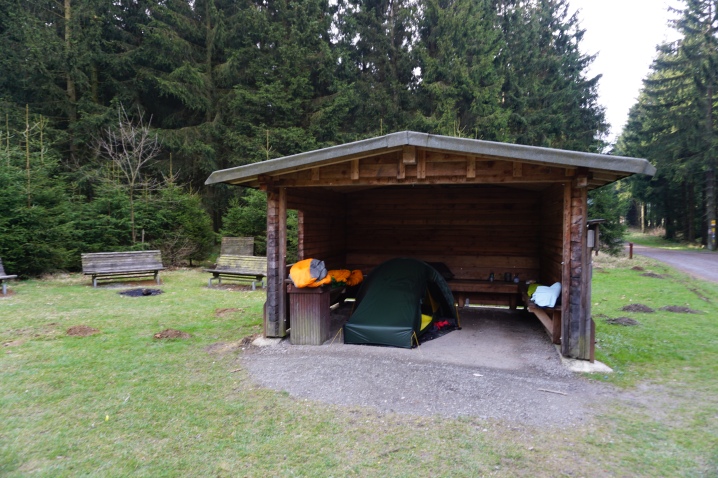 would care and remove us (because officially it is strictly forbidden). She also promised me the hunters wouldn’t shot us by mistake, there is no need to worry. I felt a bit better, but still had a few doubts about her words. In the early evening we decided to go and looking for a shelter. It felt even more cold after the stay in the hut and the sun was also gone. Thanks to the Glühwein we were still warm and up to kidding and doing stupid things. We climbed up a small hill. The view was amazing and there was also a cruz. We imagined that would be the cruz de ferro on the camino and 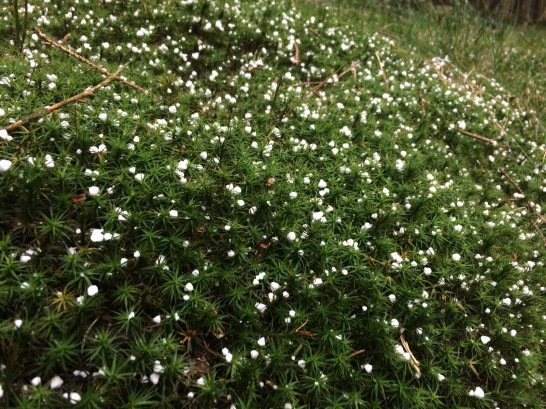 laid down some stones. While sun was setting we would along this beautiful Heide. There was a shelter and since I was not trusting the weather forecast and the hunters I decided to pitch up the tent beneath it. It was huge enough. During the night I was extremely happy about that decision, the hunters were shooting through the forest. It was an extremely uncomfortable feeling, I wasn’t that afraid to get killed, since the shelter was surrounding us, but the silence and magic atmosphere in the woods was brutally destroyed and I could feel the animal’s fear. It was easter morning and I brought a coloured egg. We had breakfast in the shelter while a car drove along the trail. I was 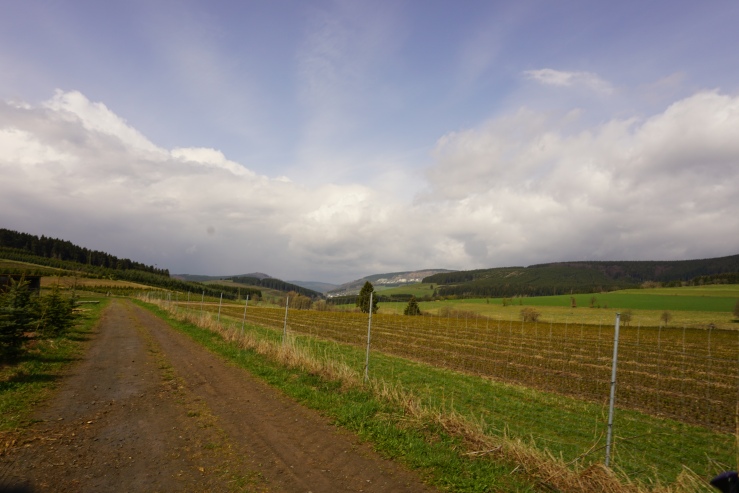 afraid that now we would get into trouble, but nothing happened. We packed our stuff and continued hiking. Then it was starting snowing, in the end of the day our clothes would be wet and cold. In a small village we made a break in a guest house with café, 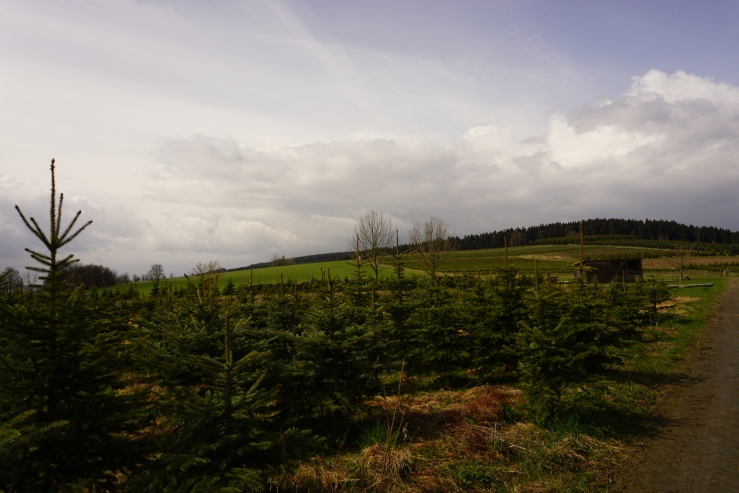 officially they were closed, but they were very kind and let us in to get some hot drinks. The plan was to spent three nights on the trail but due to weather conditions we just decided to end up our journey in Winterberg, which is from Sauerland’s perspective well connected to public transportations. We could really enjoy the rest of the hike and even the conditions were bad, it was amazing. I will definatly come back and continue. When we arrived in Winterberg it started snowing heavily and luckily my parents were around and could pick us up by car. I’m looking forward to continue on Rothaarsteig.